This script enables to change a paragraph rule below to a rule above visually identical (in the case of a single-line paragraph) or conversely.

I wrote this script in a time when the “paragraph shading” option didn’t exist yet in InDesign and I used intensively for calendars grids lots of paragraph rules above and below with light colors and large weights on single-line paragraphs. 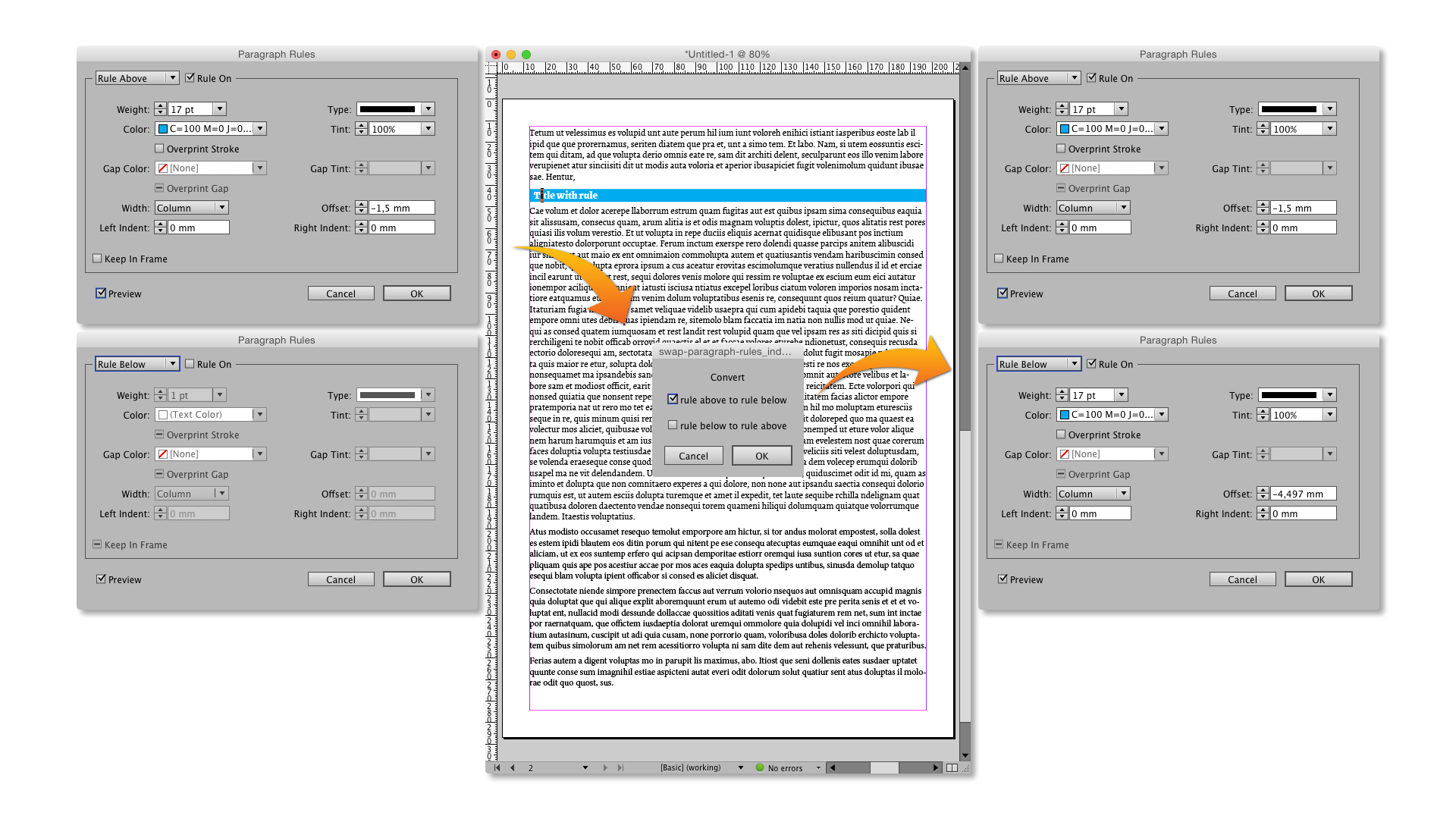 You can for example use this script to generate a rule below with a weight and offset identical to the existing rule above, then modify the color and horizontal width and insets of the newly create rule below, exploiting the fact that in InDesign a paragraph rule below appears on the foreground of the rule above of the same paragraph in the case where the two rules overlap. 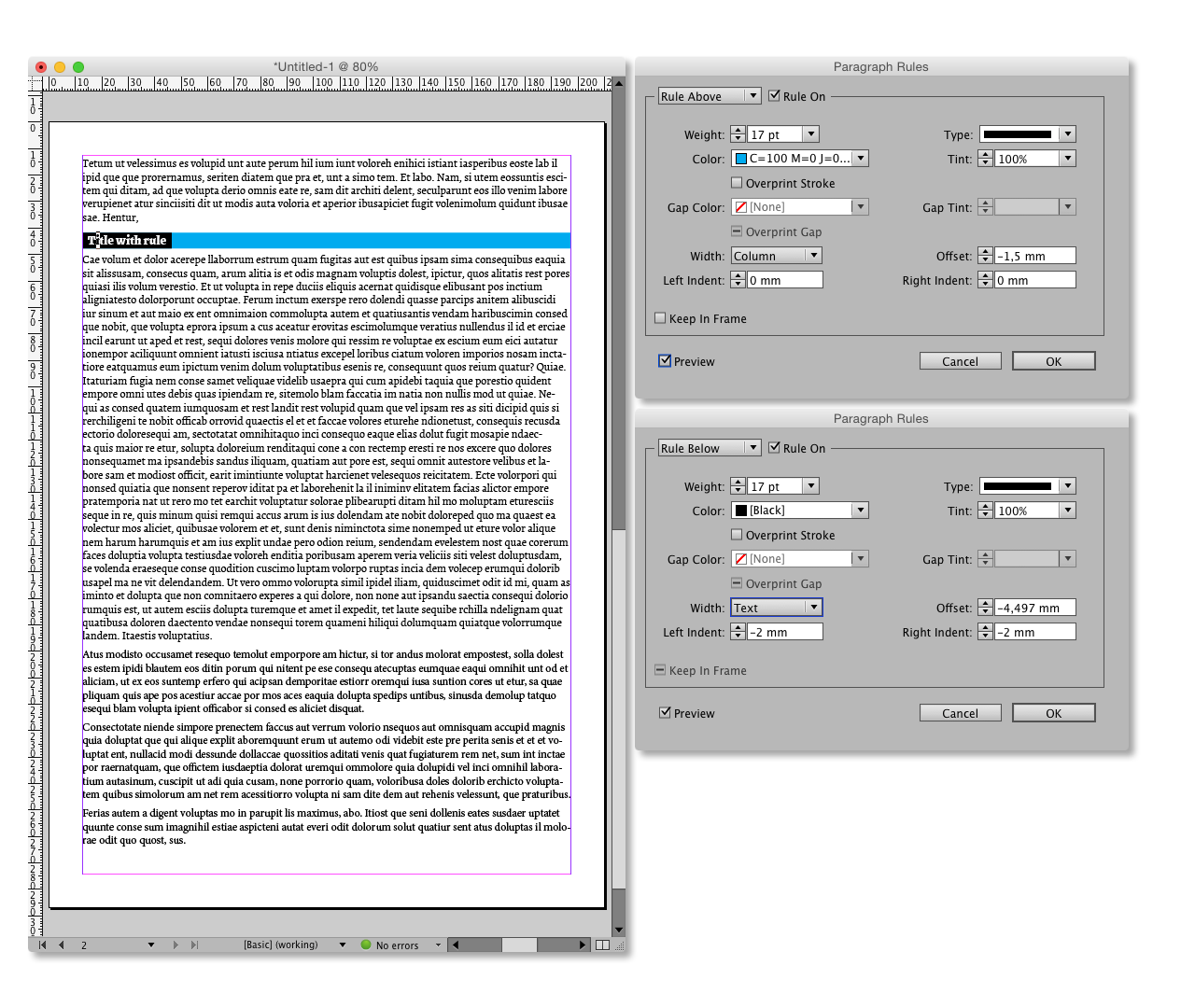 No thoughts on “Swap paragraph rules”