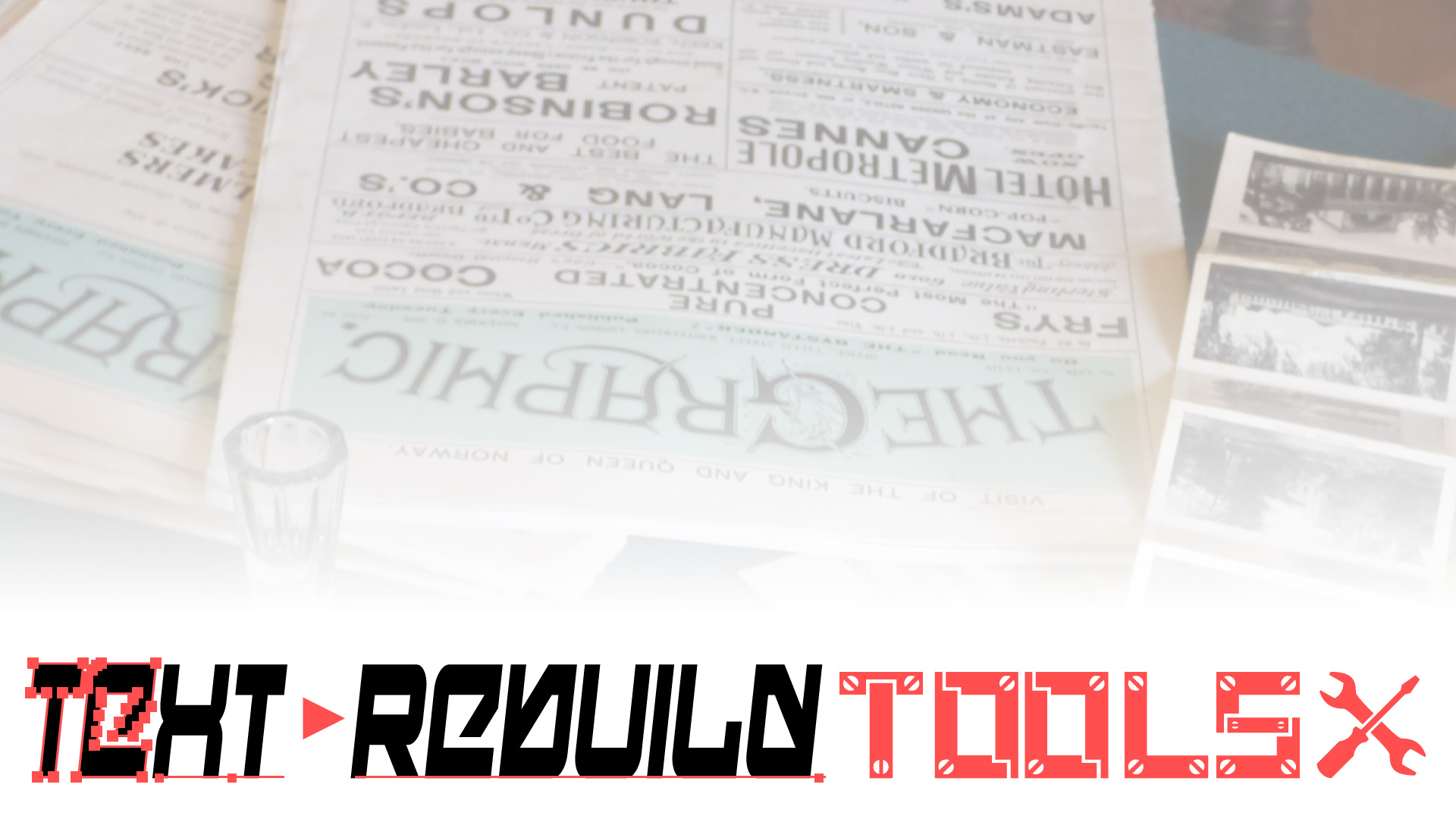 Although it is generally not recommended to open in Illustrator a PDF generated, for example, from InDesign or QuarkXPress, or simply generated from Illustrator but saved as PDF/X, we eventually end doing it at some point when the source file is not available and we simply want to pick up some graphic assets to reuse in a new design work. We can notice then that the paragraphs are always split into several left-aligned point texts, that some characters originally affected by an horizontal scale in the source file appear affected by an inverse vertical scale and a different point size, that some characters, especially dingbats, sometimes turn out converted to outlines, etc. This extension for Illustrator CC+ (html5 panel not compatible with old CS versions), baptized «Text rebuild tools», gathers a few functions, some of them already published here as separate jsx scripts, to help recreate and rebuild editable lines/paragraphs/stories from these items.

You will recognize the “Fit text to outline” function that enables to fit exactly a text item to the bounds of a vector item;

a new function to change the paragraph alignment of a point text without moving it, in order to restore the alignment mode of a text line back to what it was in the original source file, systematically replaced with left-alignment when we open in Illustrator the generated pdf;

you will also recognize the Rebuild broken text function enabling to rebuild editable text lines/paragraphs/stories from text split in several frames — frequently encountered case some others script were developed for such as John Wundes’s or Justin Putney’s.

“Fit text to outline” > You need to select both a text and one or more vector items and the script will fit the text to the items. [cf. 178-fit-a-text-to-an-outline]

Motionless [that is generally quite invisible] changes:

Redefine selected character baselineShift to [value] > Using Text tool, select only one reference character with or w/o a baseline shift and the script will replace this shift value with the desired one, recalculate the baselineShift for every other character in the text, and move the text anchor to restore the characters initial visual position.

“Set consistent kerning/tracking” > For use when the Character panel shows zero for kerning value and a different tracking value for every character of the selected text: This function tries to apply to the selected characters the different kerning modes (Metrics - Roman only, Auto, Optical, 0/No auto kern) and different consistent tracking and word spacing values, then selects those best matching the characters visual position.

“Equalize leading” > Apply an uniform leading to all characters in selection.