As a graphic designer, I have learned a few golden rules.

On top of the list, You have to smartly name your photoshop layers. Indeed, one document may become really messy and you can't afford spending time seeking for your layers.

But in the end, even the most organized start loosing control over the 100th layer. And I don't talk about the expanding/collapsing effect with layers groups, layer styles that can disturb you...

Won't it be much easier to just "call" them with their names ? As you named them, let's use this attribute ! This is the aim of this script.

For a few weeks, you could use a script of mine. But recently, I was contacted by Paul Riggott who told me such a script already existed and could be found at ps-scripts.
After we shered a few thoughts, Paul Riggott has given me back an improved version. So I am pleased to make his script replace mine.

Open a Photoshop Document and run the script.

A dialog appears. Give your layer or layer set 's name and click "Select".

With default setup, any layer whose name matches with request is selected 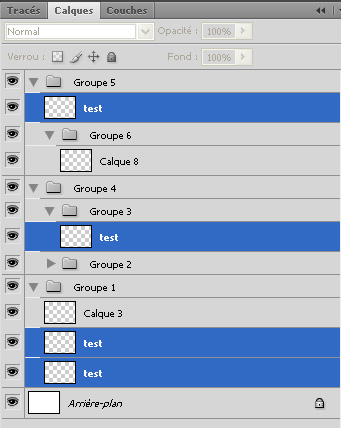 You can search layers regarding to the case. You can also select all the layer occurences with this name.

If you want one specific layer among multiple ones, you are offered to choose your layer with a dropdown list. 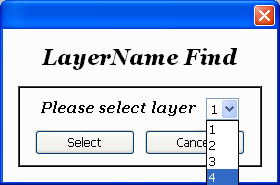 If you do like the script, give it a shortcut