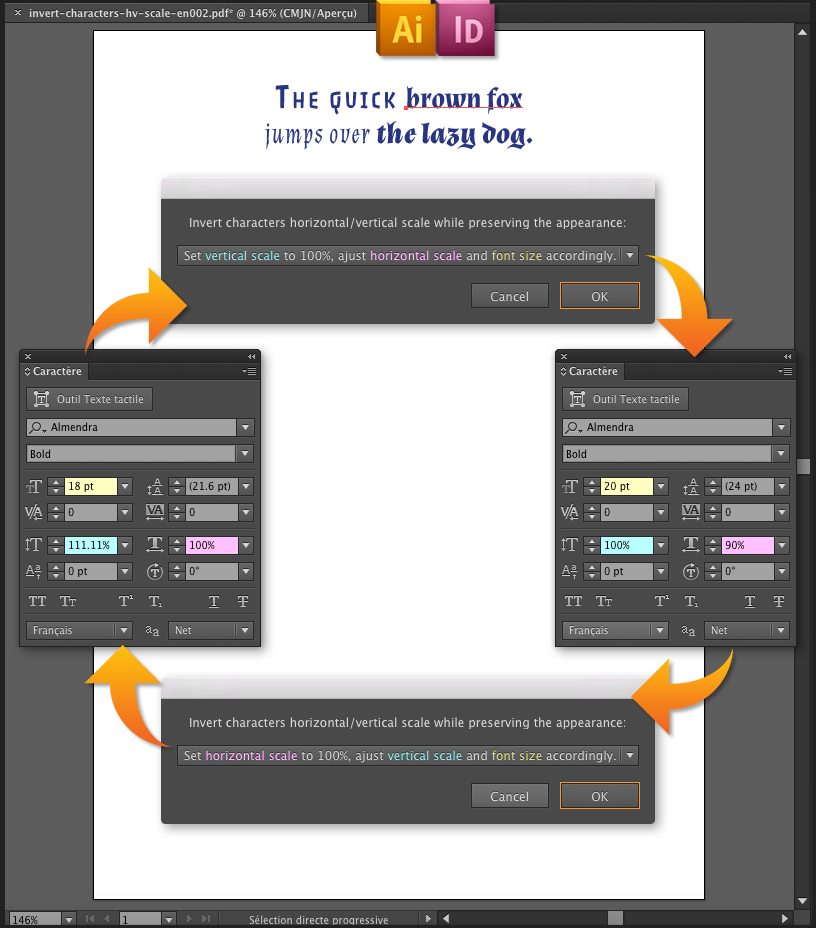 So this script enables you in Illustrator to reverse this modification to revert to the original point size and horizontal scale, or to redo it to get anew a vertical scale. The two actions are available in a drop-down menu, the default selected action being determined according to the proportion, among the selected characters, of those affected by horizontal and vertical scales.

I joined as a bonus in the same ZIP archive an equivalent script for InDesign working the same way.